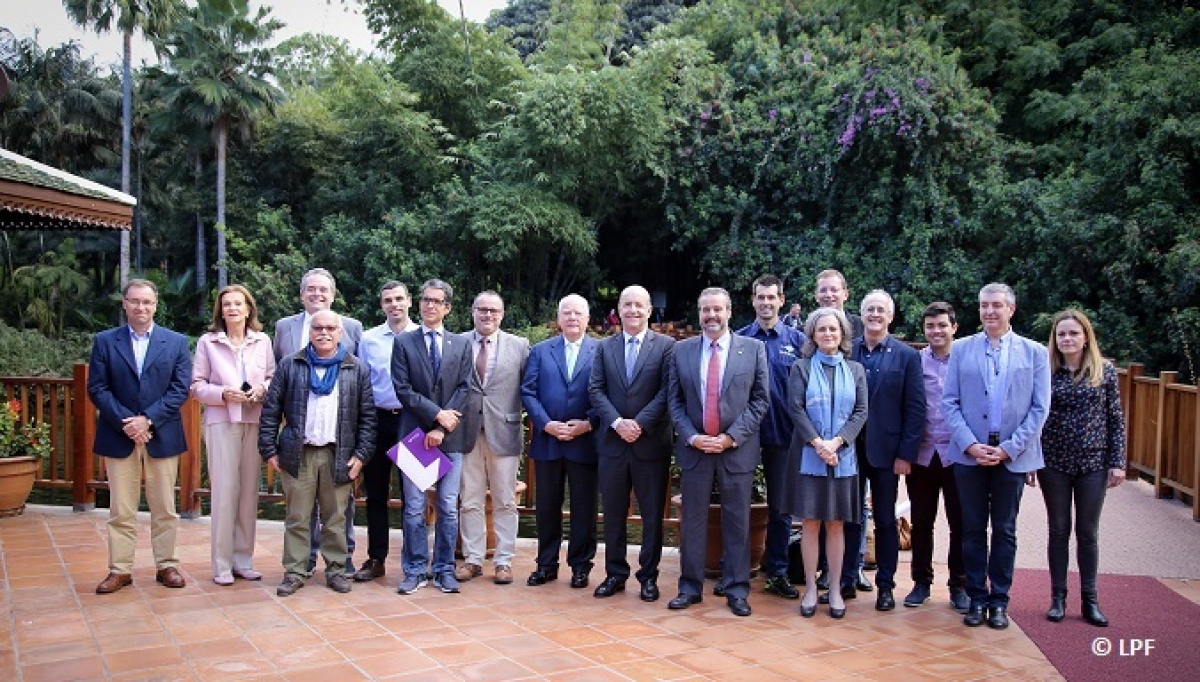 Yesterday afternoon the various collaboration agreements that shape “CanBio programme: Climate Change, ocean acidification and underwater noise monitoring network in the Canary Islands; and their connections with biodiversity and marine ecosystems” were signed in an open event.

This public-private initiative, co-funded by the Regional Government of the Canary Islands and Loro Parque Foundation, will be developed during the next 4 years with the collaboration of different research groups of the University of La Laguna (ULL) and the University of Las Palmas de Gran Canaria (ULPGC), as well as with NGOs Elasmocan and AVANFUER. For what concerns SITMA, it will play an active role in the implementation of MacPAM and BioACU subprojects.

The three main environmental problems tackled by the CanBio initiative as a whole are: 1) ocean absorption of CO2, Climate Change and ocean acidification; 2) acoustic environment, underwater noise and its effects on the marine fauna; and 3) loss of marine biodiversity, ecosystem alteration and species disappearing.

The MacPAM subproject aims at developing an open design and low consume Passive Acoustic Monitoring (PAM) system, through its integration on board underwater gliders. Despite the initial geographic scope being focused on the Canarian archipelago, by the end of the project it is expected to be able to contribute with maps on marine noise, acoustic environment and cetacean presence in large areas of the Macaronesia.

With regard to the BioACU subproject, it involves different objectives. On the one hand, the integration of acoustic receivers into underwater gliders –and eventually into an autonomous sailing boat- for detection of animals previously tagged by biologists in two other subprojects. On the other hand, georeferenced data on the presence and habitat use by key indicator species –such as the Angel Shark (Squatina squatina) and the Giant Butterfly Ray (Gymnura altavela)- along the shelf of Gran Canaria and Tenerife, will be provided annually. This way the project plans to establish the basis for similar navigations across the whole archipelago and, in the future, extrapolate them to other areas of the Macaronesia.

Therefore, SITMA will add its resources and experience through these two contributions to the study of biodiversity and the conservation of marine species that, in some cases, can be severely affected both by Climate Change and by anthropic acoustic pressures.