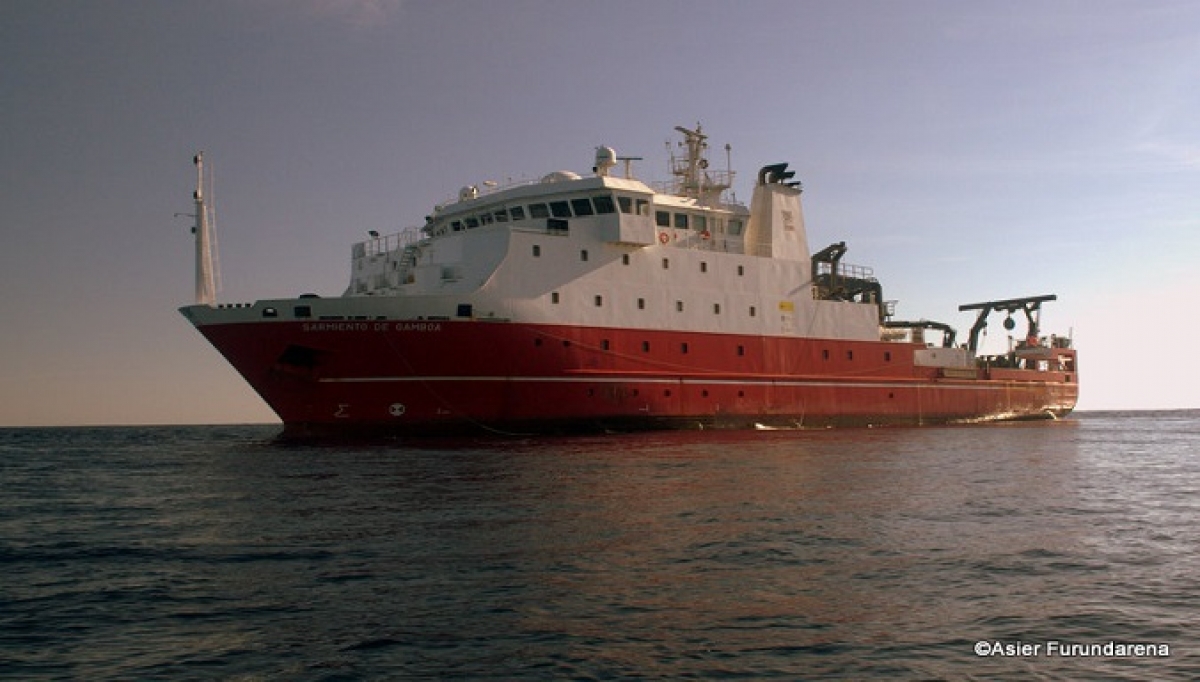 Several members of SITMA have been actively involved, between the 2nd and 25th November 2017, in the second cruise of the FLUXES project, with Javier Arístegui –Scientific Director of this service and researcher of the Institute of Oceanography and Global Change (IOCAG) of the University of Las Palmas de Gran Canaria (ULPGC)- as principal investigator.

Technicians Asier Furundarena (Oceanographic Instrumentation) and Leo Adler (Underwater Gliders) embarked on the Research Vessel “Sarmiento de Gamboa” to be in charge of different instrumentation provided by SITMA, namely the two Slocum G2 gliders, the Deep SUNA nitrate sensor and the AZFP zooplankton/fish profiler; as well as they also gave support in sample collection and other tasks of the cruise. On the other hand, glider navigation was assisted from the ground control by researchers Antonio J. González (Navigation & Data Management), Jorge Cabrera (Robotics & Sensorics) and Josep Coca –linked to these two units-. 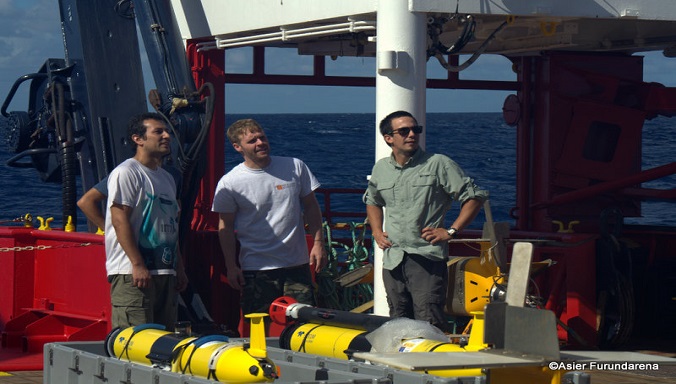 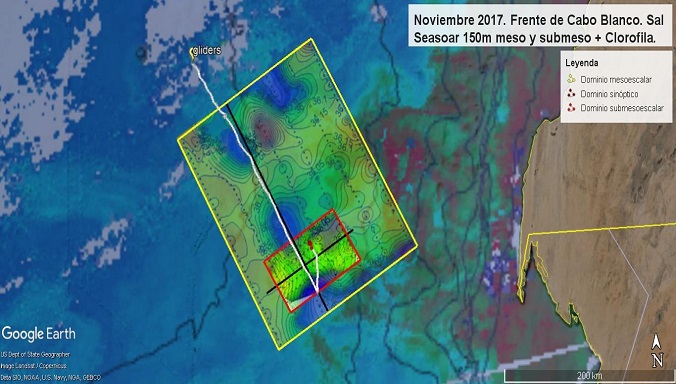 Moments before glider deployment and sampling areas during FLUXES II cruise (the white line shows the tracks of the gliders).

The FLUXES II cruise has successfully accomplished the objectives foreseen and represents a great cooperation effort between professionals of the Spanish National Research Council (CSIC), the ULPGC and SITMA. The whole FLUXES project (2017-2019) addresses the dynamics of dissolved and suspended organic carbon in the Cape Blanc (NW Africa) upwelling system, as well as its role in carbon sequestration towards the deep ocean –the called “Biological Pump”-.

Regarding the activity of SITMA exclusively, the cruise has involved the deployment of the two gliders for 17 days (4th to 21st November), which means more than 400 hours of uninterrupted survey with dives to a maximum depth of 975m. “BIO” has crossed a total of 347km equipped with 4 sensors (CTD, oximeter, fluorimeter and radiometer) and has registered 6 different variables (salinity, temperature, density, dissolved oxygen, PAR radiation and fluorescence); “DYNA” has completed 312km with 3 sensors onboard (CTD, MicroRider and DVL) analyzing 5 variables (salinity, temperature, density, current fields and turbulence). Besides, the data recorded with the Deep SUNA sensor and the AZFP profiler are expected to provide a valuable information on the distribution of nitrates and zooplankton and fish, respectively, throughout the water column.

FLUXES II has confirmed the expertise of SITMA in long missions and has also allowed the team to add more “flight time” in glider piloting. The huge work for compiling, revising, representing and analyzing the great amount of data generated will begin in the next days.