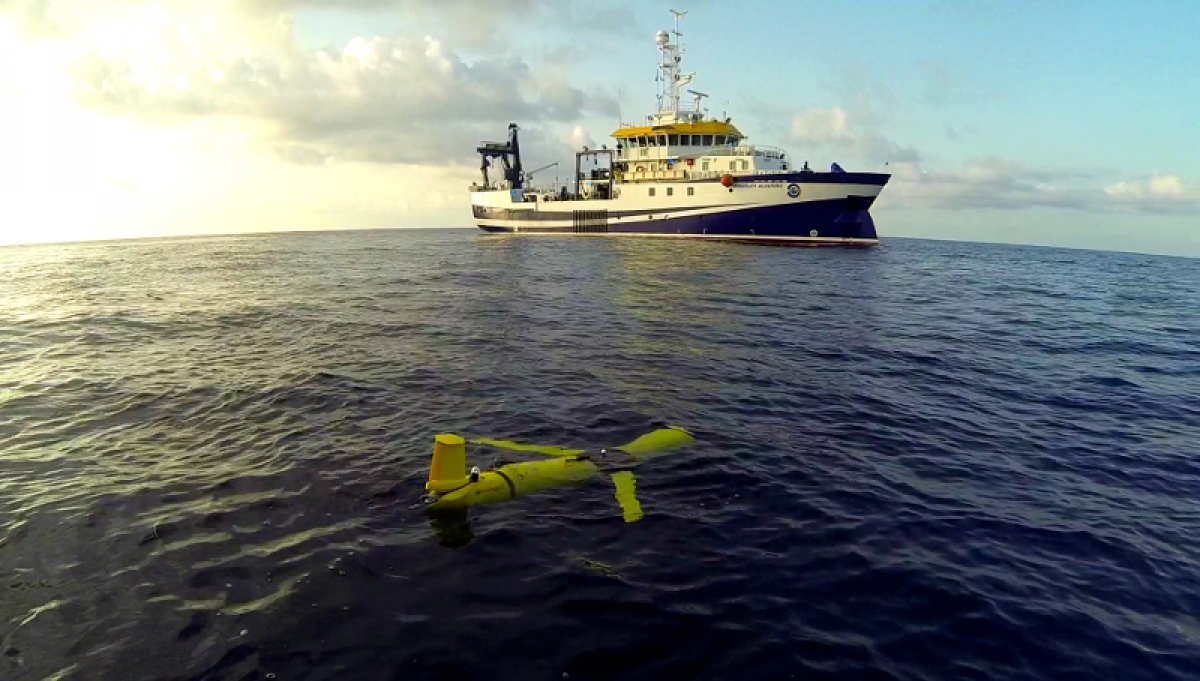 The South coastal waters of Gran Canaria have witnessed the presence of the IEO´s (Spanish Oceanographic Institute) vessel “Ángeles Alvariño”, the platform where the undergraduate students in Marine Sciences and the students of the Master in Oceanography and Global Change have completed their practical training. Thanks to a collaboration with the organizers of this activity, researchers assigned to the Marine Technology Service (SITMA) of the ULPGC deployed last Wednesday 5th April one of their underwater gliders (“BIO”) in the waters off the island´s East coast.

The oceanographic mission was successfully conducted by SITMA-ULPGC, in collaboration with the Rutgers University (New Jersey), throughout five days (5th to 10th April) with no interruption. During this period of time, the autonomous underwater vehicle (AUV) flew at an average speed of 1km/h and performing dives up to 400m depth. BIO reached the point of the Oleg sinking at 16 nautical miles (29 km) South East from Maspalomas, where it accomplished several dives with all the scientific sensorics onboard working simultaneously. Back to the South coast of Gran Canaria, the vehicle completed jointly with the oceanographic vessel a transect of sampling stations all along the South border of the platform and the island´s slope (above the 500m depth isobath). BIO was finally recovered by the Ángeles Alvariño on Monday 10th April at 8:50 am in front of Maspalomas, after completing a 115km mission. 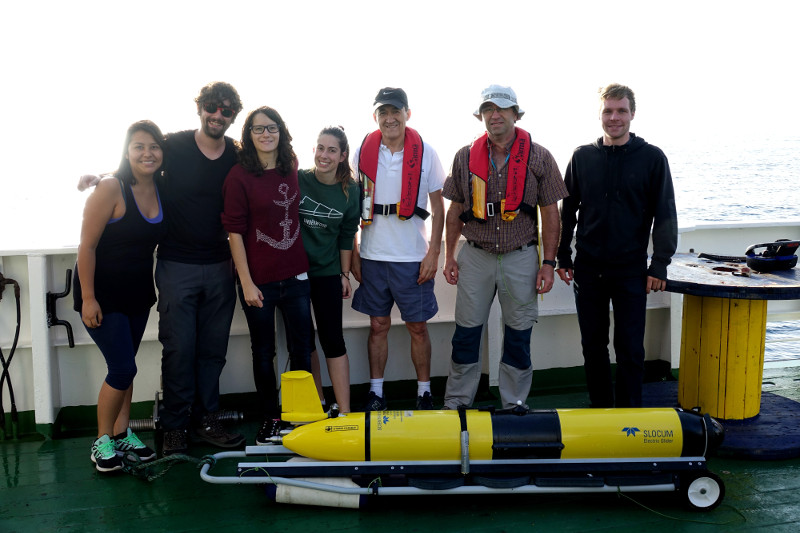 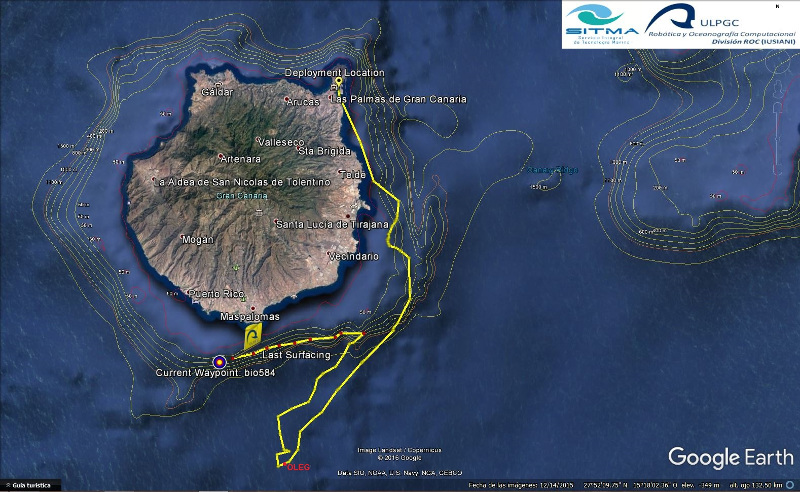 The oceanographic cruise has allowed researchers to optimize in real time all the navigation systems and the scientific sensorics onboard the glider. Data processing will generate important information about the oceanographic dynamics of the SSE side of the island´s slope and, eventually, will also allow to assess the general status of the waters surrounding the point of the Oleg sinking, two years (April 2015) after the accident.