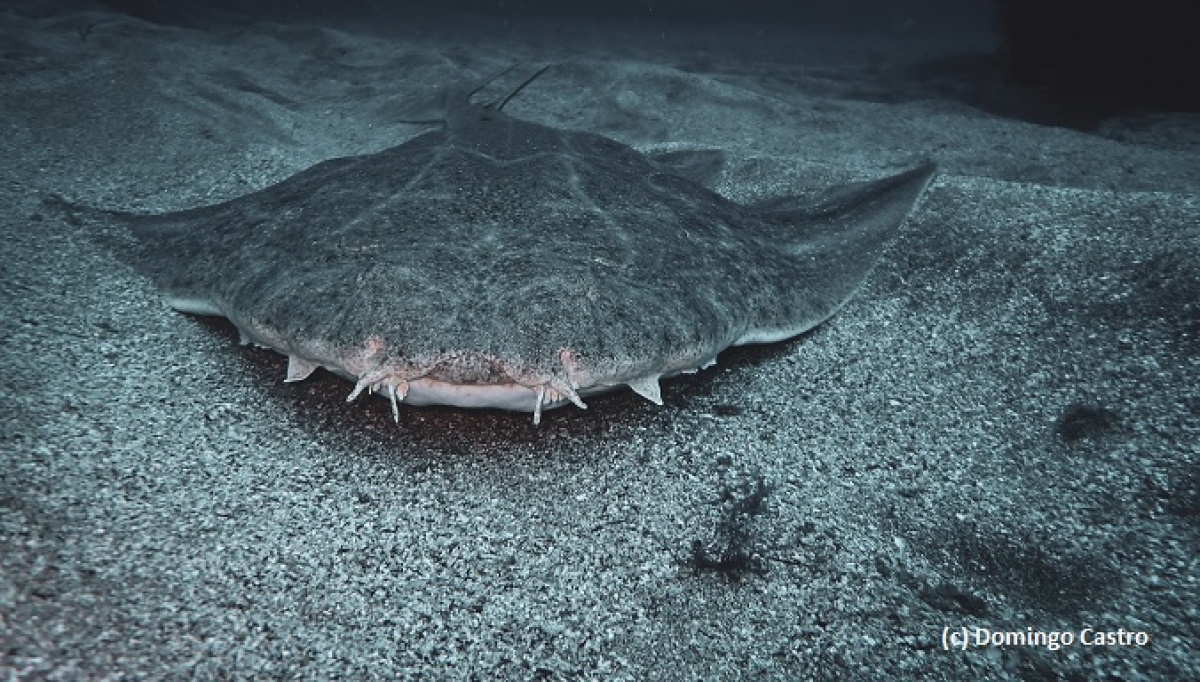 The Angel Shark (Squatina squatina) is a critically endangered species with a geographic distribution currently reduced to the Canarian Archipelago, due to overfishing primarily. This shark uses sheltered beaches of the islands as critical reproduction and breeding areas, thus tourism development represents another major threat for its survival. The study (using acoustic tags and receivers) focusses on the species´ circadian routines during reproduction, as well as on the movements of juveniles and adults within these critical areas, that are also vital for the tourism industry of the Canary Islands. The expected results are intended to identify areas and periods for which planning measures should be implemented, in order to ensure that recovery and protection of Angel Shark populations are not compromised by the touristic use of these beaches.

General objective:
To study the spatio-temporal behaviour of the Angel Shark and probable interactions with beach users, in order to promote use and management plans in beaches considered to be critical conservation areas for the species.

Specific objectives:
1. To search, select and adapt acoustic tags and receivers to be used with Angel Sharks.
2. To design a network for detection of acoustic signals in critical areas.
3. To establish the areas and periods where the probability of interaction between Angel Sharks and beach users is higher.
4. To establish the basic criteria to promote a Use and Management Plan for beaches considered as critical areas for the survival of the species.
5. To support social governance and participation processes on the conservation of the Angel Shark
6. To promote dissemination of results and environmental awareness on the conservation of the species.


See all projects and collaborations